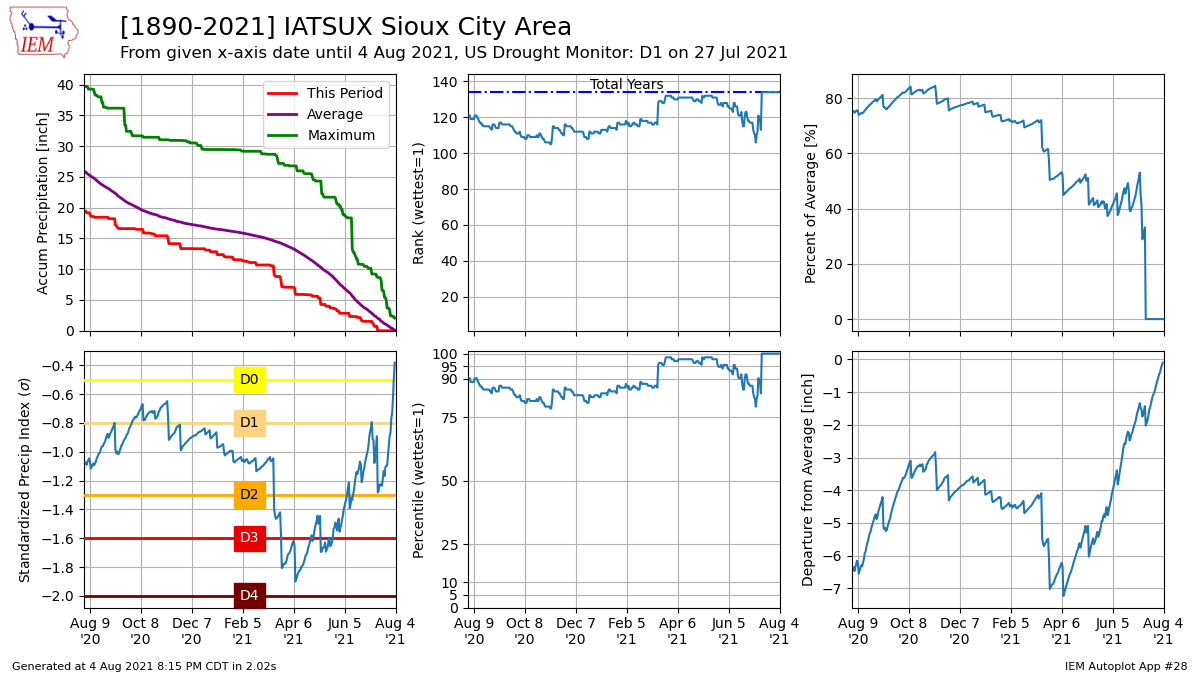 Generate This Chart on Website
The weekly update to the US Drought Monitor is set to be released later this morning and likely not show much improvement in the state with the heaviest rainfalls mostly missing the driest areas of the state. The featured chart presents some precipitation metrics for Sioux City, which is one of the drier locations for this growing season. Various trailing day precipitation metrics are shown with the bottom left showing the drought monitor levels based on the standardized precipitation index. There is no one magic indicator for the single drought monitor classification, but these metrics are considered at various meaningful timescales along with reported local impacts. The good news is that a number of rain chances are in the forecast, but how widespread and heavy remains an open question!