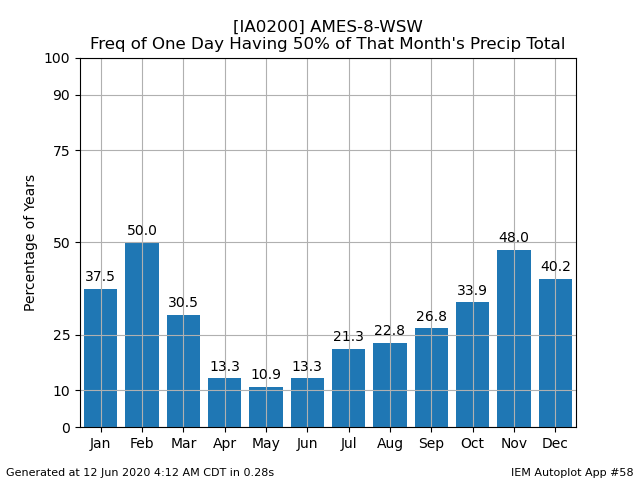 Generate This Chart on Website
The featured chart looks at the frequency of having one day's precipitation total contributing at least 50% to the monthly total. The frequencies increase during the colder half of the year with the lowest frequency shown in May. That may seem counter-intuitive as our heaviest rainfall events happen during the warm half of the season. A simple explanation is that the average monthly total precipitation values are much lower during the colder half of the year, which makes it "easier" for one anomalously high daily event to exceed 50% of that month's total. Additionally, heavy rainfall events are more frequent during the warm season, so it is less likely a given month has only one such event.