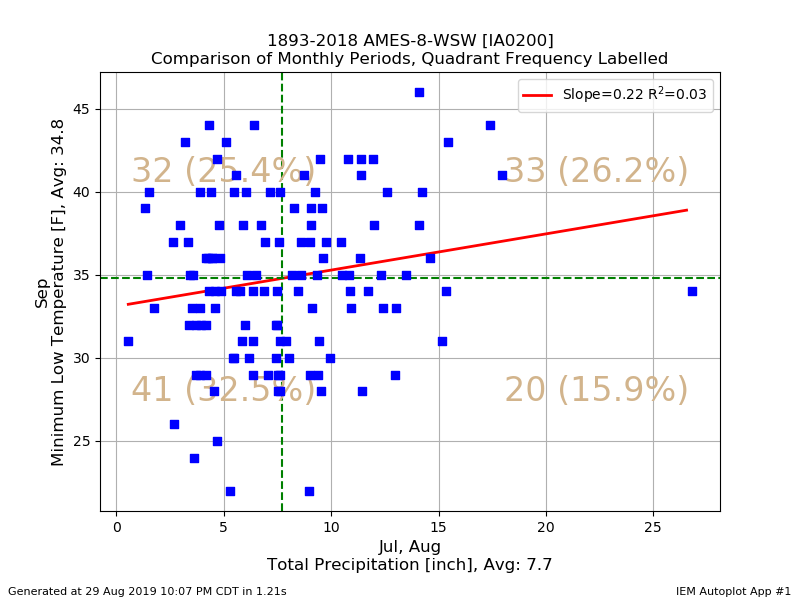 Generate This Chart on Website
One of the concerns within the agricultural community is if an early freeze will happen during September. The late maturing crop will need all the growing season it can get this year. There is no simple means to predict if such cold temperatures could happen this year. That does not preclude the IEM Daily Feature from at least trying. The featured chart presents the combination of total July + August precipitation and then coldest September temperature for Ames. Each dot represents a previous year's combination. Simple averages are plotted and used to divide the plot into four quadrants. A linear regression is fit as well and the general trend matches a conceptual model that elevated amounts of precipitation should lead to soils with moisture which will cool less quickly and thus keep air temperatures warmer. Of course this plot is too simplistic to reach that conclusion, but you are free to generate other plots like it and see if you can find any interesting relationships.