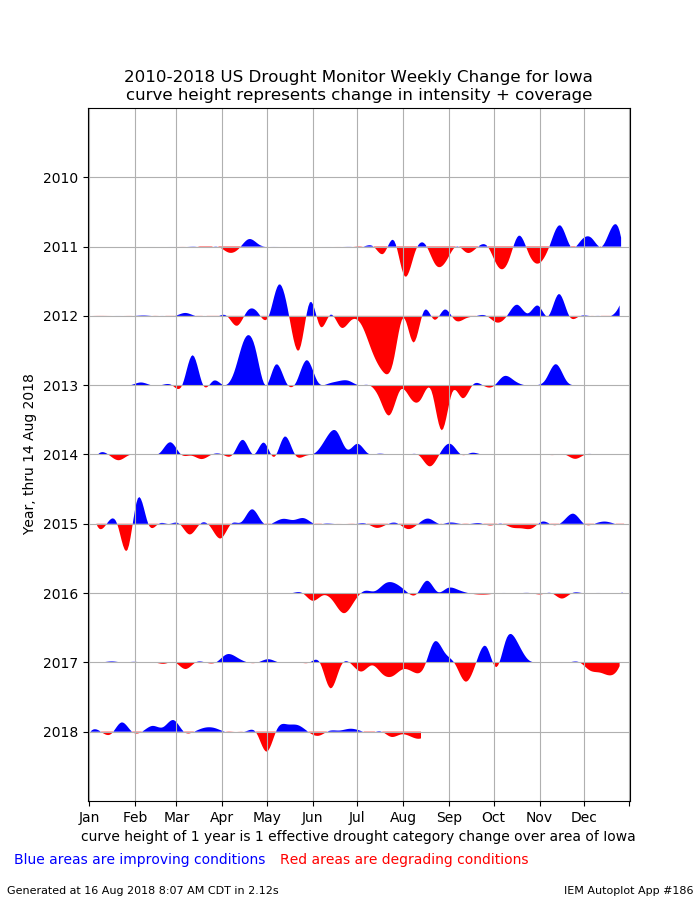 Generate This Chart on Website
This week's US Drought Monitor will be released later this Thursday morning and should show continued degradation of the drought situation over Iowa. The featured chart attempts to illustrate the magnitude of the week to week changes in the Drought Monitor depiction over the state. The weekly data is smoothed to give a more visually appeasing appearance. The magnitude of the weekly changes is expressed in units of net one category change in the depiction over an area of the state. Putting those difficult units aside, the relative size shows the larger and smaller changes in the depiction. Of note in the plot is the year 2010, which was a flood year and had no drought analyzed over Iowa. For this year, the changes have been rather muted as the most intense portion of the drought has been confined over far southern Iowa. The lack of recent rains over most of the state now has analyzed drought creeping further north. The chart also nicely shows when the improvements showed up last year, which was late August into October.