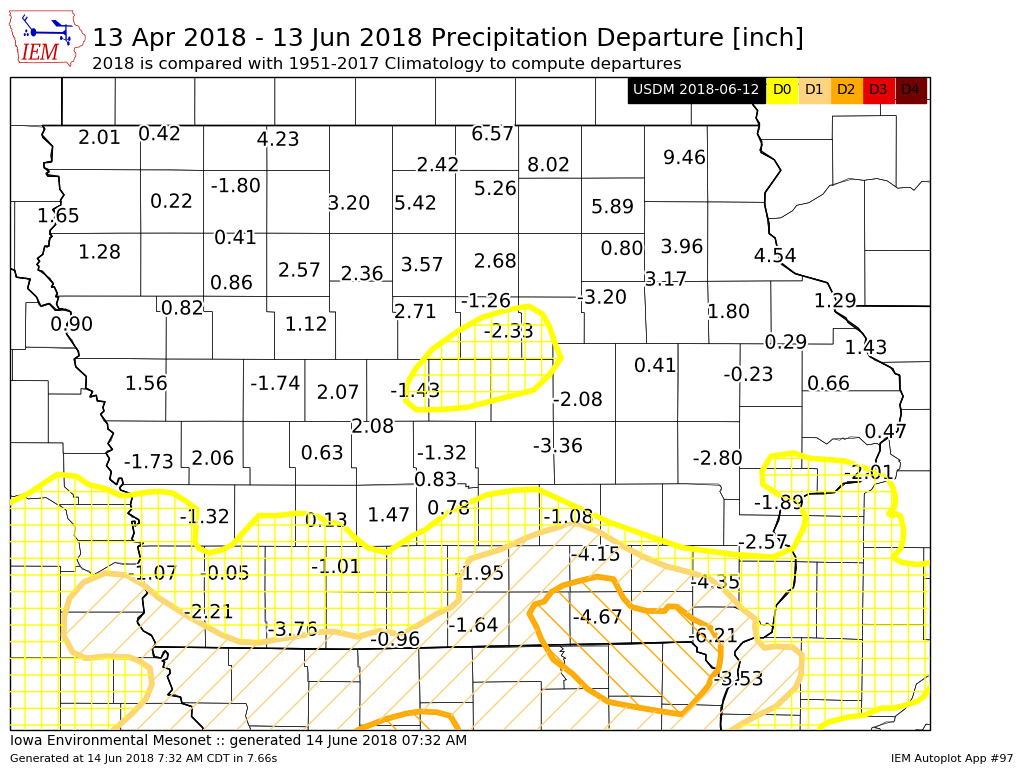 Generate This Chart on Website
The just released US Drought Monitor has a small portion of southeastern Iowa now analyzed in "D2" drought classification. This introduction was mostly due to significant precipitation deficits that have accumulated over the past 60 days as shown by the featured chart combining IEM estimated two month departures and the just released drought monitor valid 12 June. It is kind of remarkable to denote the contrast in the state that has existed over this period and even the sharp gradient over northeastern Iowa. Showers and thunderstorms have been plentiful this June, but have routinely missed the driest areas of the state. Heavy rainfall is falling again this morning, but again mostly missing far southeastern Iowa.