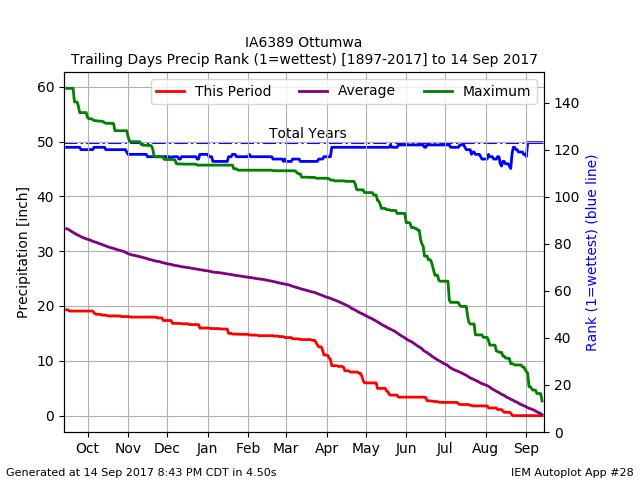 Generate This Chart on Website
Most of south central Iowa has seen very little rainfall this growing season. The featured chart looks at the precipitation statistics for Ottumwa (SE of Des Moines). The chart shows the accumulations from yesterday back to the given date, so the chart can be interrupted from right to left. The blue line represents the rank for that period with 1 being the wettest and when the line touches the dashed line, it is the driest on record. The chart shows that the entire period has seen dry conditions with accumulations since June being the driest on record. Chances of rain are at least in the forecast again, but it remains to be seen how much will fall over the driest areas of the state.