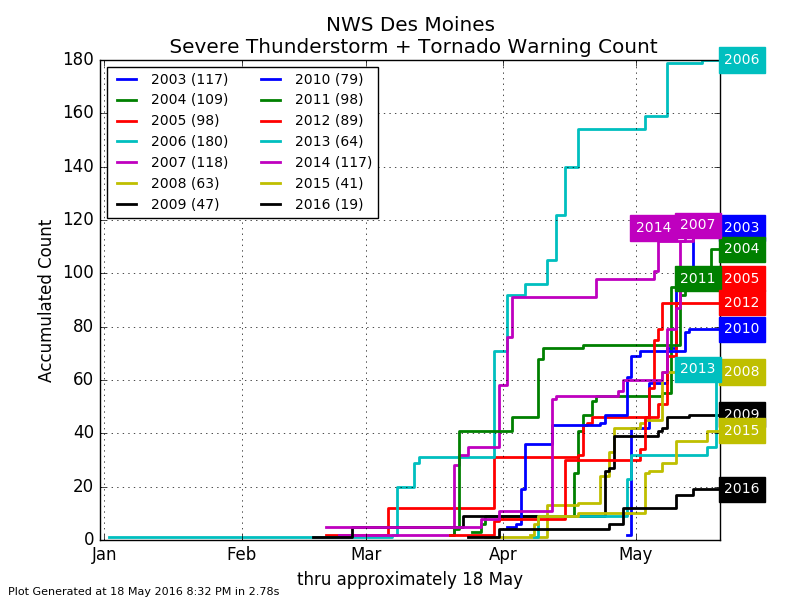 Generate This Chart on Website
Even though we are well into severe weather season, severe weather has mostly avoided the Upper Midwest so far. The featured chart displays the to date accumulated number of Severe Thunderstorm and Tornado Warnings issued by NWS Des Moines. This year's total is the lowest since the IEM's archive began in 2003. The year to date total for 2006 had almost ten times as many warnings as this year! Thunderstorms do look to return next week with chances of severe weather too.