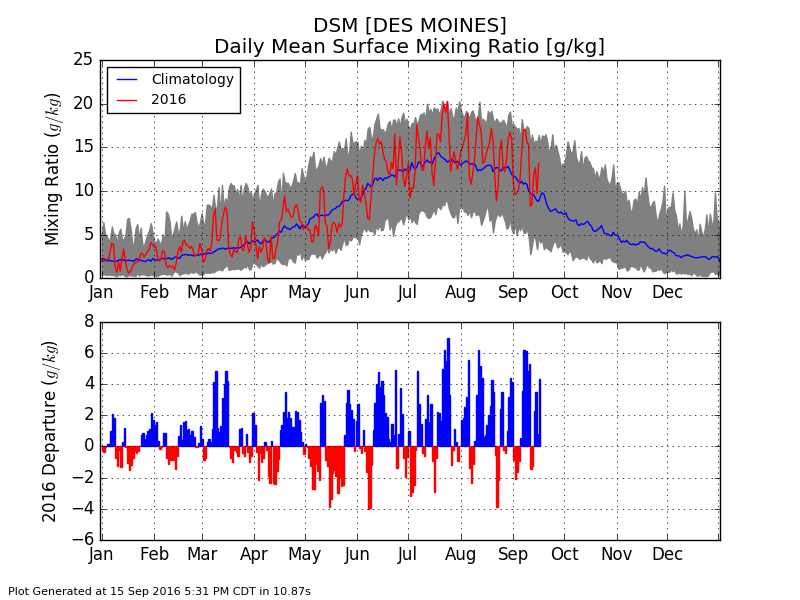 Generate This Chart on Website
Dew point temperatures approached 70 degrees over much of the state on Thursday, helping to fuel heavy rainfall producing storms. Muggy conditions have been the norm for most of this warm season as shown by the featured chart presenting daily mixing ratio values and departures for this year. The bottom panel shows the departure from average with blue bars representing more humid than normal. The humid conditions have stuck around since mid June.