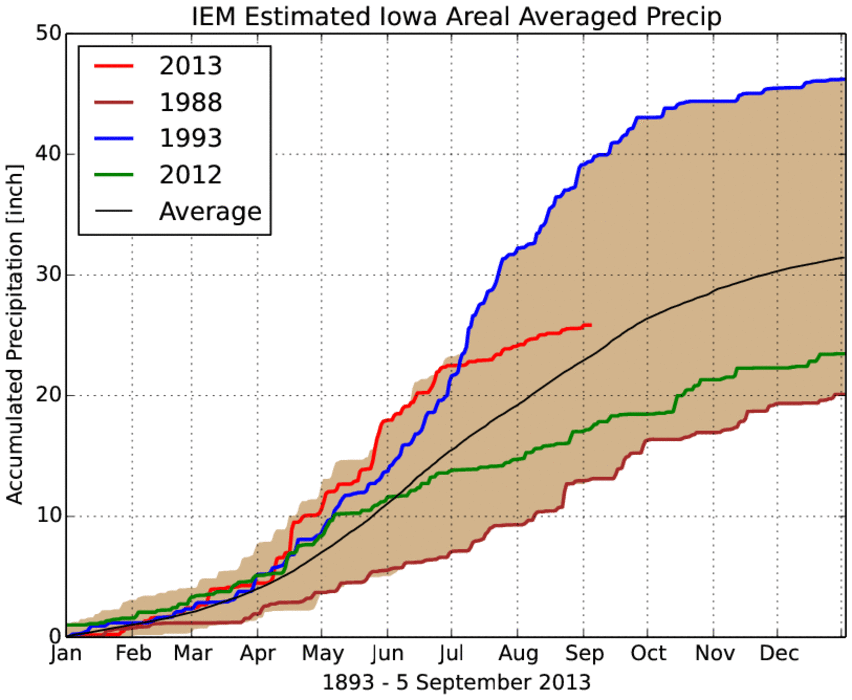 Generate This Chart on Website
Will 2013 be remembered for being a wet year or a dry year or both? The featured chart displays the statewide accumulated precipitation for this year, last year, 1993 (wettest year), and 1988 (driest year). The shading represents the range of values since 1893. Around the end of June, this year was the wettest to date on record, including 1993. The weather since then has been very dry and how the year to date accumulation is approaching merely average with 1993 some 15 inches higher! The forecast continues to hold little hope of widespread precipitation.