A July for the records 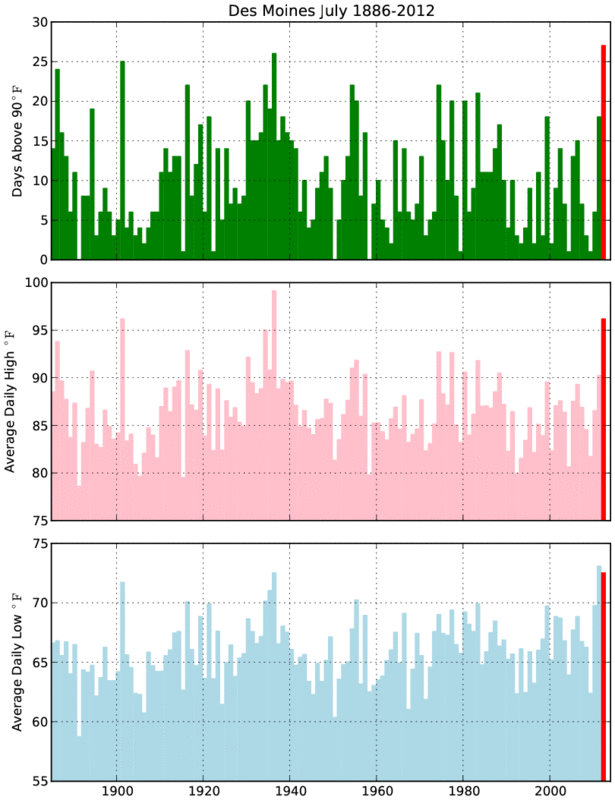 July has mercifully come to a close. It goes into the record books as one of the hottest and driest July's on record. The featured chart presents three metrics of how warm it was. The top graph displays the number of days each July that the high temperature was at least 90 degrees. For Des Moines, July 2012 saw 27 days, which is the most of any month on record! The middle chart presents average daily high temperature and this year was easily the warmest since 1936. The bottom chart is of average daily low temperature and it comes in second warmest behind last year. You may recall that July 2011 was very humid, which promotes warm over night low temperatures. Will August be a warm and dry repeat of July?