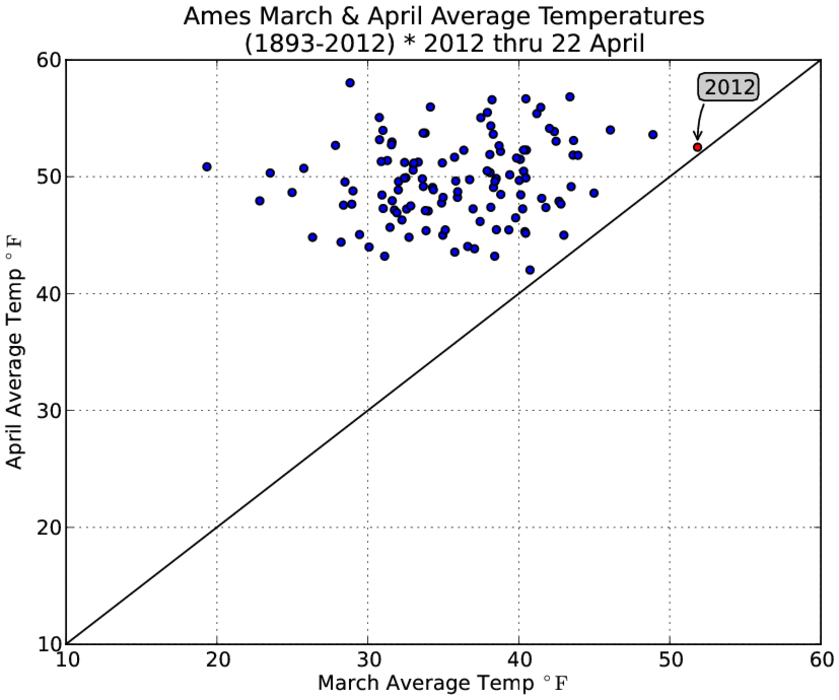 Generate This Chart on Website
The featured chart compares the average Ames temperature for March with the following April for each year since 1893. For Ames, each April has been warmer than its preceding March. After our record setting March this year, there may have been some doubt if April would be warmer as well. The forecast has temperatures warming back up this week, but cooler weather expected again next weekend.