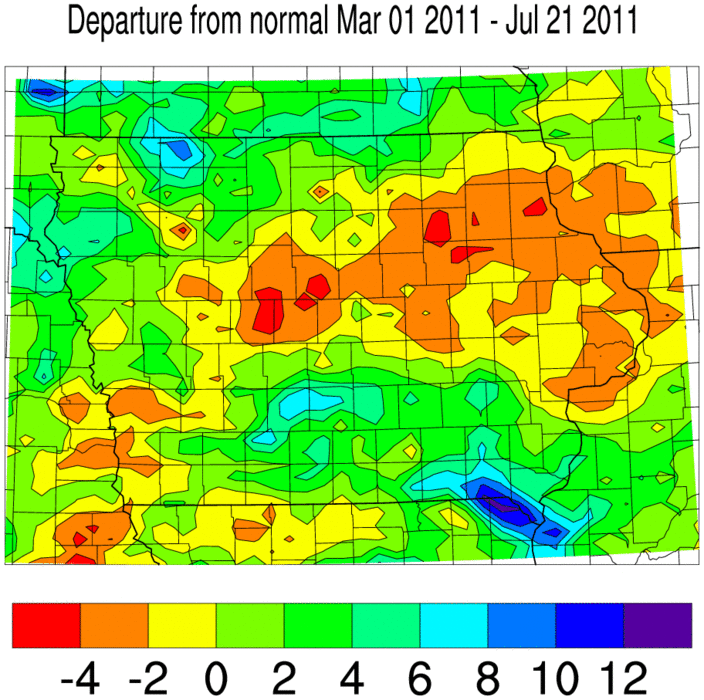 With budget deficit talks in Washington dominating the news, some in Iowa are dealing with their own deficits in the form of lack of rainfall. The featured chart presents the four month departure of rainfall from average. The northeastern quarter has been the driest portion of the state. These totals do not include the heavy rainfall falling this Friday morning. This rainfall is coming just in time with corn at pollination stage.