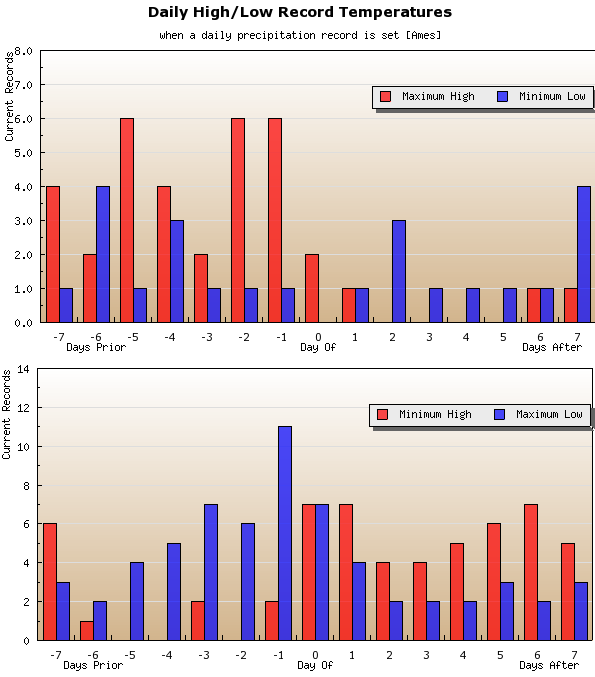 Roughly a week ago, some places in Iowa were setting records for warmest temperatures and then with the most recent storm, record rainfall. The featured chart looks at the frequency of having a record temperature around the days of having a record daily rainfall based on data for Ames. You can see how record maximum high temperatures frequently occur before a record rainfall as very warm air masses would imply stronger fronts, which should help produce higher rainfall amounts (as what recently happened). Record minimum highs (cold) also appear to be a common after a record rainfall. The climatology for any of the days shown on the chart would be one record.