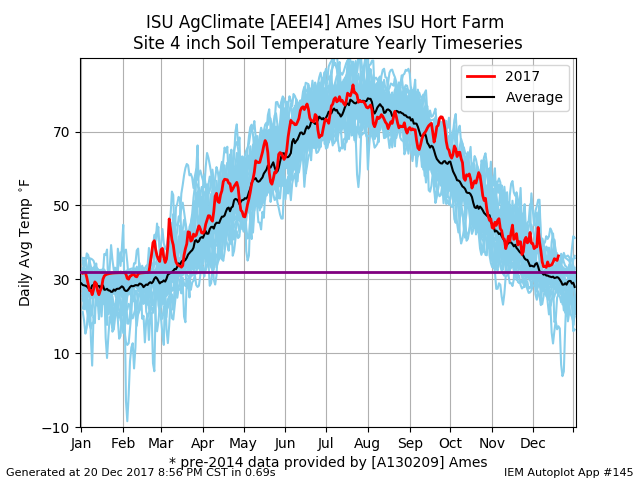 Generate This Chart on Website
The featured chart displays yearly time series of four inch depth soil temperatures for an ISU Soil Moisture Network station just north of Ames. The blue lines are each of the previous years on record, the red line is this year and the black line is a simple average of all previous years. The lack of snow and mild air temperatures have average current soil temperatures above freezing freezing and above average for mid December. These conditions are good for late season construction projects and even agricultural field work, like tiling.